Lock On: Flaming Cliffs 3 (FC3) is the next evolution of the Flaming Cliffs series. FC3 features the F-15C, A-10A, Su-27, Su-33, MiG-29A, MiG-29S, Su-25T, and Su-25. FC3 aircraft provide an easy learning curve for new players and focuses on a broad range of aircraft rather than a detailed single aircraft. FC3 adds a number of new features and improvements to previous versions of the Flaming Cliffs series. FC3 is a module of DCS: World, which makes it compatible with all other DCS: World titles like A-10C, Black Shark 2, P-51D, and Combined Arms.

Key Features of Lock On: Flaming Cliffs 3 include:
A DCS World module that is compatible with DCS titles.
New 6 degrees of freedom (6DOF) cockpit and model for the F-15C.
New F-15C campaign and single missions.
Improved takeoff and landing flight dynamics.
New, advanced flight dynamics for air-to-air missiles.
Updated and improved HUDs and other cockpit systems.
Resource Manager that adds logistics control to missions.
Expanded theatre of operations map into eastern Georgia.
Countless other improvements in the areas of the mission editor, special effects, new models, improved terrain detail and AI.
Lock On: Flaming Cliffs 3 will require an installation of Lock On: Modern Air Combat or a previous version Flaming Cliffs.

DCS: World is a new, free, combat simulation. DCS: World provides a free-to-play Su-25T ground attack aircraft with unlimited online restrictions. Online DCS: World includes friendly and enemy forces that can be controlled by other players or AI air and ground units. The purchase of additional DCS modules allows the player to have careers as pilots of the A-10C Warthog, KA-50 Black Shark attack helicopter, P-51D Mustang, or armor vehicle commander. You may read more about DCS: World and its modules at: [You must be registered and logged in to see this link.]

About The Fighter Collection
The Fighter Collection, as well as developing software for the entertainment and serious game markets, also operates, rebuilds and maintains Europe's largest collection of airworthy WWII fighters based at Duxford Airfield, in the UK. For more information visit our websites: [You must be registered and logged in to see this link.] 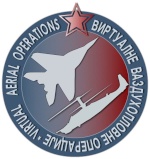 Pogledajte: [You must be registered and logged in to see this link.]

Lule wrote:[You must be registered and logged in to see this link.]